Jeumont Electric and ASC lay the groundwork for future cooperation

Jeumont Electric and ASC (Australian Submarine Corporation) signed an agreement on October 9, 2019 at the Pacific 2019 Naval Exhibition in Sydney to establish a joint presence in Australia to meet the needs of the Sea 1000 and Lote contracts with the Australian Navy.

The agreement builds on the long-term cooperation between ASC and Jeumont Electric, which had previously supplied ASC with the propulsion systems for Australia’s Collins Class submarines. The joint presence will also position Jeumont Electric to address other markets supported by Australia’s growing economy. However, the primary objective of the partnership is to respond to the Australian Navy’s need for long-term maintenance and sustainment of its Collins Class and Attack Class submarines. ASC CEO Stuart Whiley said, “The agreement with Jeumont Electric will create natural synergies between our companies and will help to meet the future demands of both the Collins Class and Attack Class submarine programs and identify other opportunities.” 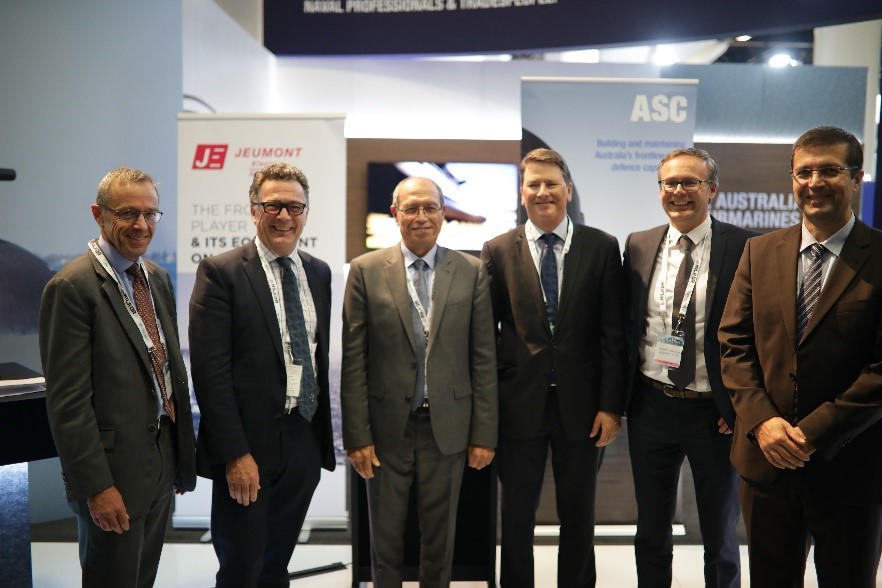