Jeumont Electric, member of the consortium of the European project “Factory of the Future”.

What is ESSIAL?
What is Jeumont Electric’s role in this R&D project?

Jeumont Electric is one of the thirteen members of the consortium of the “ESSIAL” project (Structure, Insulation and Assembly in Electrical Steel using Laser Technologies) which is part of the H2020 “Factory of the Future” program of the European Commission. This project aims to improve the performance of electrical machines and bring new capabilities to magnetic circuits by using sheets that have undergone a laser surface texturing process. These laser treatments carried out reduce iron losses and can thus participate in improving the efficiency of electrical machines. 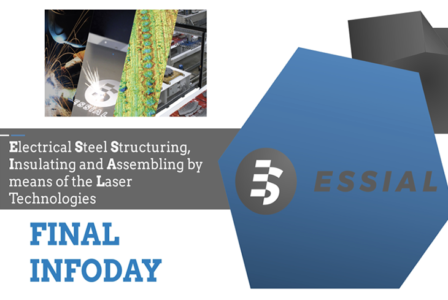